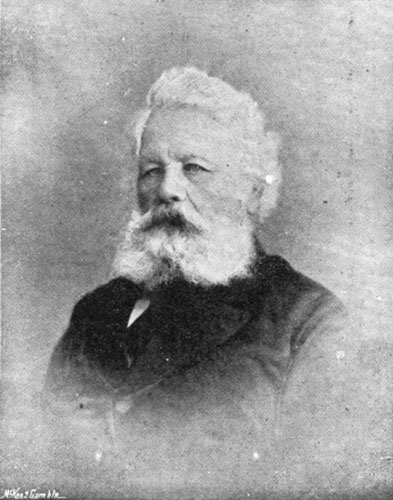 William Barnard Rhodes was baptised in Epworth, Lincolnshire, England, on 9 May 1807, the eldest son of Theodosia Maria Heaton and her husband, William Rhodes, a prosperous Yorkshire-born tenant farmer. Rhodes went to sea early, rising to be second officer of a vessel in the Orient trade by the age of 19 and gaining his first command, part-owned, in 1831. He sailed first to South America, Africa and India, and then in May 1834 to New South Wales. There he disposed of his vessel, channelling his share of the proceeds into land and stock. He returned to the sea from June 1836 until June 1838, taking command of a whaling barque, Australian, on a cruise to New Zealand and adjacent waters. In 1839 Rhodes entered into partnership with the Sydney firm of Cooper and Holt. He left for New Zealand on the Eleanor in October 1839 to acquire land from the Maori and establish cattle runs and trading stations. He secured deeds purporting to give title to nearly two million acres in both islands, and landed agents and stock at selected points on the coast.

Rhodes escorted the first New Zealand Company emigrant vessel, Aurora, into Port Nicholson (Wellington) in January 1840. After choosing Wellington as a base for his future operations and purchasing a prime commercial site from the company, he erected substantial premises at Te Aro in late 1840 and the settlement's first wharf in 1841. The firm of W. b: Rhodes and Company thrived: by 1850 Rhodes was able to buy out his Sydney partners and trade entirely on his own account, and by 1853 he was already being referred to as 'the millionaire of Wellington'.

Rhodes's participation in the export trade, initially confined to extractive industries but boosted by wool in the late 1840s, was matched by his leadership in the import trade. He also introduced schooners into the coastal and trans-Tasman trades and secured agencies for the major overseas shipping companies serving the colonies. By the early 1850s Rhodes was acting as an insurance agent and financier, extending credit to small businesses and to those taking up rural land. By the early 1870s he was a director of many local and colonial companies and he helped found the New Zealand Shipping Company Limited, the New Zealand Insurance Company and the Bank of New Zealand.

Parallel with business building, Rhodes acquired land. Most of his pre-annexation purchase claims were either disallowed or minimised by the Land Claims Commission, but he compensated for the loss by purchasing land orders from departing or impecunious New Zealand Company settlers. By the late 1840s he was one of the principal holders of unexercised entitlements in the company settlements, predictably playing a leading part in the campaign for compensation grants from the company. His two principal freehold estates, Highland Park, on the west Wellington hills, and the 30,000 acre Heaton Park estate at Rangitikei, were based on these foundations. Between 1853 and 1876 Rhodes acquired from the state the freehold of nearly 40,000 acres in the southern North Island, and it is thought that he purchased at least as much by private treaty over the same years. An early, illegal grazier, Rhodes had taken up interim licences offered by the New Munster administration in 1851, and between 1855 and 1857 he secured grazing rights to more than 100,000 additional acres. Yet the extent of his land gathering can be underestimated. The estates still in Rhodes's possession at the time of his death were but a fraction of the lands which had passed through his hands. By 1841 he was subdividing and selling property at handsome profit. As the advance of settlement enhanced the value of other holdings they too were subdivided or sold intact.

On 7 May 1852 William Rhodes married Sarah King in Wellington. After her death in 1862 he married Sarah Anne Moorhouse on 29 November 1869 at Christchurch. No children were born from these marriages but Rhodes had one daughter, Mary Ann, with an unknown Maori woman.

Rhodes's pastoral empire eventually extended far beyond his home district and he encouraged several younger brothers to follow him to New Zealand. In partnership with brothers Robert Heaton and George, William Barnard Rhodes established a chain of South Island pastoral properties, both leasehold and freehold, extending from Banks Peninsula to North Otago. With his brother Joseph the strategy was repeated in the Hawke's Bay and East Coast districts. In the course of the 1850s the brothers collectively controlled in excess of 300,000 acres. Invariably the terms of partnership were uncommonly favourable to William; he exercised firm control of all partnership business from his Wellington offices and exhibited little inclination to vary the agreements until shortly before his death.

Rhodes became a staunch supporter of Wellington causes, a financial member of many community organisations, and a founding member of the Wellington Chamber of Commerce. After standing unsuccessfully in the Wellington Municipal Council election of 1842, he became a founding member of the Wellington Settlers' Constitutional Association in December 1848. He entered the Wellington Provincial Council for Wellington City from 1861 to 1869 and was an unswerving supporter of I. E. Featherston. He was elected to the House of Representatives for Wellington Country District in 1853 and for City of Wellington in 1858. He served both constituencies assiduously, if with little distinction, until his defeat in 1866. Appointed magistrate of New Munster in 1852 and justice of the peace in later life, he was called to the Legislative Council in 1871. William Rhodes died in Wellington on 11 February 1878.

It has been suggested that in an age of grasping opportunism Rhodes was one of the most successful of graspers. At his death he was described as 'one of the richest men in the country'. His name was synonymous colony-wide with both commercial and pastoral enterprise. Much of his success was attributable to shrewd judgement, unflagging energy and sheer determination. A hard man, and one not over-concerned with social niceties, Rhodes predictably made many enemies. Initially looked down on by the colonial élite, scorned for his readiness to engage in physical labour, and belittled for his parsimoniousness and his unprepossessing physical appearance, his social acceptance nevertheless rose commensurately with his cash balances. Ironically, many of the traits for which Rhodes was assailed by his contemporaries made him a valuable colonist, ensuring not only his personal success, but also helping to establish the economic viability of the colony in which he had settled.